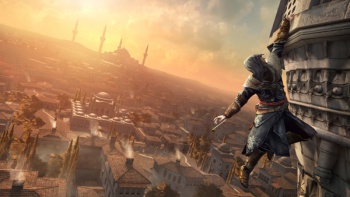 Starting on February 7th, a multitude of Ubisoft's websites, services, and games for the PC and Mac will be unavailable, thanks to an upcoming move of Ubisoft's gaming servers.

Titles affected by the server swap include Might & Magic Heroes VI, Settlers 7 and Tom Clancy's HAWX 2 for the PC, along with Assassin's Creed and Splinter Cell: Conviction for the Mac. Most other Ubisoft games with an online mode will also be unavailable during the server downtime, but any games that include an offline mode shouldn't have any issues.

You can check out the full list of games affected here, which on a lighter note, does reveal that major titles like Assassin's Creed: Revelations and Driver: San Francisco will remain fully playable. However, considering that a fair amount of Ubisoft's titles come with its infamous "always-on" DRM, which require an active connection to Ubisoft's gaming servers in order for the game to run, it's not much of a stretch to assume a wider variety of games other than what's listed may also end up unplayable during the server transition.

Currently, Ubisoft hasn't confirmed exactly how long the server switch would last and when gamers can expect to have Ubisoft's services back up and running. The server switch does paint a fairly grim picture of what would happen to many gamers in the event Ubisoft itself ever goes dark, and points out a serious flaw in Ubisoft's chosen method of digital rights management.