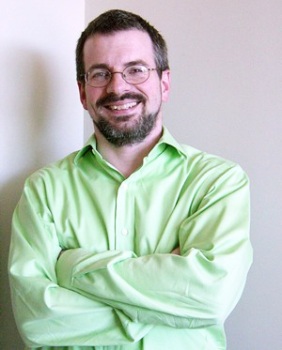 Brian Reynolds, the Chief Game Designer at Zynga, has been named to the Academy of Interactive Arts and Sciences Board of Directors.

Brian Reynolds is best known these days as the vaguely-defined Chief Game Designer at casual gaming behemoth Zynga, which itself is best known for an unabashed copy/paste approach to game design. A couple of indie devs, NimbleBit and Buffalo Studios, have accused the company of straight-up ripping them off over the past week or so, and you may recall Zynga CEO Mark Pincus telling his employees in 2010 that he'd rather steal ideas and settle lawsuits than bother with innovation.

As the big dog of design, Reynolds would presumably have some hand in maintaining that less-than-admirable approach to making games, so it's a bit unexpected - surprising? bizarre? take your pick - that he was recently added to the Board of Directors of the Academy of Interactive Arts and Sciences. To be fair, Reynolds's list of credits is an impressive one: Despite the naming convention, he was the lead designer on the strategy classic Sid Meier's Alpha Centauri and has design credits on Sid Meier's Colonization, Sid Meier's Civilization 2, Rise of Nations and several others. But his appointment to the AIAS board seems based primarily on his time at Zynga.

"Zynga has been leading the charge for delivering quality social gaming to an ever expanding demographic," said Academy of Interactive Arts & Sciences President Martin Rae. "And they have been at the forefront of one of the major shifts in our industry. Brian's work at Zynga has helped redefine how people enjoy and interact with the medium of gaming, and we are proud to have his experience and deep insight on the Board as gaming further becomes a part of everyone's everyday life."

Reynolds himself described the appointment as "an important step in the continuing assimilation of social games into the broader game community."

I don't generally subscribe to the "Zynga is irredeemably evil" point of view and I certainly don't think that Brian Reynolds is a "copypasta" kind of guy. But given Zynga's reputation, which I think most people would agree is well-deserved, and what appears to be a growing lack of forbearance of its tactics, this is an interesting appointment, to say the least, and I wouldn't be at all surprised if not everyone in the industry is entirely happy about it.

Smile and Nod: What I learned at DICE Russ Pitts 1 Comment

An Offer You Can't Refuse Allen Varney 20 Comments
Comments on