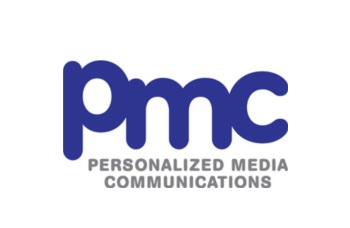 Casual gaming giant Zynga has been sued by Texas-based Personalized Media Communications for infringing on four of its patents with games like Words With Friends and FarmVille.

Love it or hate it, Zynga is a huge, multi-billion-dollar success story, and you know what that means: it's time for tiny companies you've never heard of to drag it into the courtrooms of the Eastern District of Texas. So it is that Zynga is now facing a lawsuit filed by Texas-based Personalized Media Communications claiming that games including Treasure Isle, CityVille, Zynga Poker, Hanging With Friends and many others infringe upon four of its patents.

"Many years of time and labor went into developing our inventions and securing the patents that permit their practice," said PMC founder and chief inventor John C. Harvey. "It wouldn't be right to sit by and allow them to be infringed."

The patents in question - 7,797,717, 7,908,638, 7,734,251 and 7,860,131 - "covers the use of control and information signals embedded in electronic media content to generate output for display that is personalized and relevant to a user," as stated by the complaint. The patents "disclose and claim many different aspects of this basic functionality," according to PMC, including "controlled access of media content, personalized content based on individual attributes, management of downloading technologies, network management, control of targeted advertising, and purchase of media and other products."

I hate to use the word "troll" but you have to admit the timing is a bit dodgy. Zynga's games aren't new, nor are PMC's patents, at least one of which talks about the Chicago-based Zenith Radio Corporation and 5.25" floppies. Zynga's billion-dollar IPO, on the other hand, is less than two months old. Coincidence? Hey, I'm no lawyer, I'm just the guy pointing out that there are sleazier things in the world than making derivative games for Facebook.

PMC is demanding a trial by jury and seeks damages, including "enhanced damages" because the Zynga infringement was "willful and deliberate," attorneys' fees and other costs, and whatever else the court thinks is appropriate. The PMC complaint can be read in full at personalizedmedia.com.

An Offer You Can't Refuse Allen Varney 20 Comments
Comments on