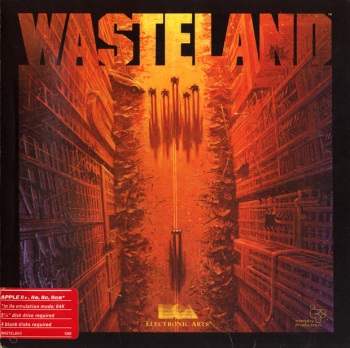 Brian Fargo will launch a Kickstarter of his own next month to fund the sequel to the classic Fallout precursor Wasteland.

Back in 1988, when Interplay was still a heavy hitter, Brian Fargo headed the development of a post-apocalyptic RPG for the Commodore 64, Apple II and IBM PC called Wasteland. The name doesn't carry much weight these days but it's more significant than most people realize: Interplay didn't have the rights to Wasteland when it came time for another foray into the PA genre, so it created the legendary Fallout instead.

But Fargo recently reacquired the rights to the franchise and now, taking a page from Tim Schafer's book, he's Kickstarting a sequel. "The fans started pinging me first," he told IGN, but once the idea was planted it didn't take him long to decide to run with it.

He's not sure yet whether the new game will be called Wasteland 2 but it will be "100 percent faithful to its roots" no matter what it's called. That means a game that's "top-down, probably isometric, party-based, skill-based - where if you'd just finished playing Wasteland and moved on to this, you'd feel comfortable." It will be a PC game first and foremost, he added, with a possible iOS version as well.

The great thing about Kickstarter, he said, is that "this process means we don't have to do it like the publisher wants." Fans don't have to worry that the old-school gameplay will be watered down for mainstream audiences because the freedom of fan funding means that development can be "more like the old days... totally creative."

"I want fans to know that a new Wasteland would be complete old school vibe and made with input from gamers," he wrote on Twitter. "Made the gamers way."

Fargo estimates it'll take about $1 million to bring the Wasteland sequel to life. He plans to launch the Kickstarter next month.