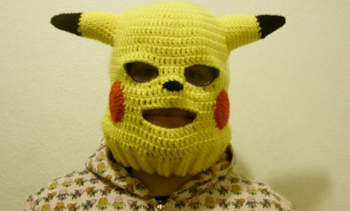 A bogus version of Pokémon Yellow has reached #2 on Apple's paid apps sales chart, despite the fact it doesn't work.

The app costs $0.99 and comes courtesy of developer, QEAB, which also released equally unlicensed versions of Digimon and Yu-Gi-Oh around the same time. The game seems to have slipped past Apple's less-than-stringent application process, though presumably the company has its hands full protecting us from all that nasty satire.

Official or not, there's a market for Pokémon games on iOS. Pokémon Yellow, which according to the sales blurb is "Just like the original. Only better because you can play it on the most intuitive device ever - the iPhone," is currently squatting on the #2 spot on the App Store's paid Apps sales chart, despite the fact it doesn't actually work. According to the majority of the user reviews, the app crashes upon reaching the title screen. Luckily, QEAB - which is a fantastic word to say out loud - are on the case.

"If you are experiencing issues with Pokémon Yellow, we sincerely apologize for any inconvenience," says the company's website. "Thanks for your patience while we thoroughly investigate this issue. We are working on a new build and we anticipate this will be completed soon, which should overcome the issue. Again, apologies for the inconvenience."

There's numerous upsides to this whole debacle: first, perhaps complaints from a heavy-hitter like Nintendo might shake up Apple's somewhat lax attitude towards protecting developers from thieving scam artists; second, it might convince Nintendo that there's money to be made in iOS versions of their bestsellers; and finally, it's a wonderful opportunity to use an obvious "it's still better than Angry Birds," joke. That's me, always looking on the bright side.

[Update] While writing this, the game was removed from the app store, anyone who bought it can get a refund through Apple's customer service desk. Have fun with that.