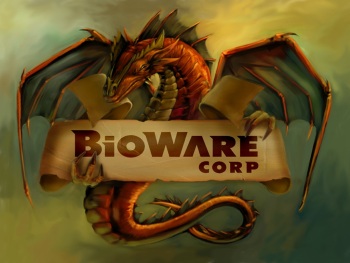 BioWare co-founder Dr. Ray Muzyka has issued a statement of unequivocal support for Dragon Age writer Jennifer Hepler, the target of a vicious internet hate campaign spurred by her admission that she doesn't actually like playing videogames.

At first glance, Jennifer Hepler would appear to be living the dream. She's a senior writer at BioWare, which means people give her money to craft fantasy tales in the Dragon Age and Old Republic settings, and that pretty much nails the awesome factor right there. But five years ago, she said in a Killer Betties interview - available now only via the Wayback Machine - that her least-favorite thing about working in the videogame industry is actually playing videogames.

"This is probably a terrible thing to admit, but it has definitely been the single most difficult thing for me," she said. "I came into the job out of a love of writing, not a love of playing games. While I enjoy the interactive aspects of gaming, if a game doesn't have a good story, it's very hard for me to get interested in playing it." She even went so far as to suggest that it'd be nice if games had a "fast-forward feature" that would let her skip the vexing gameplay bits and just enjoy the writing and stories.

Bear in mind that this all happened five years ago - five years, people! - yet last week, for some reason, "gamers" took quotes from that interview, photoshopped them next to a picture of Hepler, added a pile of derogatory names and a second lengthy, entirely unattributed and far more incendiary quote, and put it up on Reddit, describing her as "the cancer that is killing BioWare." The internet, as it does, raged.

The abuse heaped upon Hepler was beyond the pale. Her Twitter account, launched shortly after the uproar began, was bombarded with hatred, to the point that she asked to have it closed. A detailed account of the ugliness is up on Destructoid, but I think the fact that BioWare Edmonton General Manager Aaryn Flynn was driven to publicly refer to at least one commenter as a "fucking moron" on Twitter speaks volumes. It was, and is, a grotesque display of the very worst aspects of the internet.

But now, in what will hopefully be the denouement that cools things down, BioWare co-founder Dr. Ray Muzyka has weighed in with a clear and unequivocal message.

"Jennifer is a valued, talented employee who has been with BioWare for many years and we hope will be with us for many more. It is awful that a few people have decided to make her a target for hate and threats, going so far as fabricating forum posts and attributing them to her, and singling her out for projects to which she has not contributed (i.e., Jennifer is not even a part of the Mass Effect writing team). All of us at BioWare support and will continue to support Jennifer fully, and are happy to see so many people out there are also supporting her during this difficult time."

BioWare is also making a donation of $1000 in Hepler's name to Bullying Canada, an anti-bullying charity.

This is about as classy a move as any employer could make, and I applaud Muzyka for making it. Regardless of whether or not you agree with Hepler's opinions about games or care for her work, the behavior of her attackers is utterly and inexcusably reprehensible. Bravo to you, BioWare [and you too, Flynn] for standing up for one of your own.