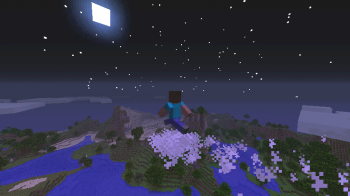 Persson shares his good fortune with the rest of his team.

Minecraft is a big deal. From the day I first heard PayPal had suspended Markus "Notch" Persson's account because he earned too much money too fast, it was clear we were witnessing the birth of something important. Since September 2010, Minecraft has gone through several updates from alpha to beta and release as well as help Notch form an independent studio in his home country of Sweden. Mojang still has a modest staff of less than 20 employees, but in celebration of 5 million sales of Minecraft and the end of tax season, Notch distributed the $3 million in dividends he was entitled to all back to his "Mojangstas".

"Before tax, my dividends from Mojang for 2011 was about three million dollars. I chose to distribute that to the other employees," Notch said in a Tweet this morning.

"Every single Mojangsta is a massive part of the reason Mojang is the best place on earth to work at right now," Notch continued, before singling out Minecraft programmer Tobias Möllstam. "Especially @mollstam."

After hearing about so many programmers and game developers mistreated by various publishers or studio heads, it's refreshing to hear that Notch lives up to the hype by not only respecting his employees, but rewarding them handily as well.