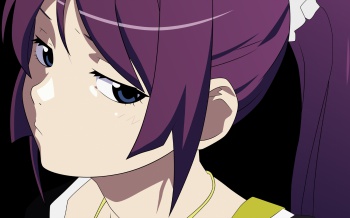 A tsundere character, for those of you who don't frequent certain types of message boards, is a character who hides their adoration of a particular character behind an impenetrable wall of bitchiness. Think Louise from Familiar of Zero, or if you require a less esoteric example, Helga from Hey Arnold! The trope has proven very popular amongst anime fans, which is odd given the community's well known appreciation for meek, submissive "moe" characters. Psychologist and anime fan, Yoshihito Nautou, thinks he can explain the attraction. With science.

Nautou's argument hinges on a study performed by Gerald Clore, of the University of Illinois. Clore performed an experiment in which he showed 338 people four videos of two people interacting. The videos were as follows:

When polled on which behavior was the most appealing, the majority of subjects chose video number three. The process which causes this is called the gain-loss, effect. Essentially, when someone is consistently unpleasant towards you, it establishes a behavioral baseline that colors your expectations. When that person becomes more pleasant, even if it's by a tiny amount, you interpret that as progress, which is psychologically stimulating.

Nautou points out that savvy socialites can use this knowledge to their advantage. Something aggravating, popped-collar, frat-gremlins have been doing for years, judging by the popular "treat 'em mean, keep 'em keen" adage.

It's worth noting that not every person who treats you like dirt is trying to hide a deep-rooted romantic attraction that they just can't admit to. Some people just genuinely hate you.