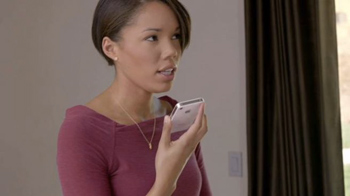 Apparently, Apple's "advertisements regarding the Siri feature are fundamentally and designedly false and misleading."

So sayeth New Yorker, Mr. Frank M. Fazio, who, alongside a set of hypothetical "similarly situated customers," has filed a class-action lawsuit against Apple, claiming the "extensive and comprehensive" advertisement campaign for the iPhone 4s's Siri search function is deliberately misleading potential customers.

"The iPhone 4S's Siri feature does not perform as advertised, rendering the iPhone 4S merely a more expensive iPhone 4," reads the complaint.

"In many of Apple's television advertisements, individuals are shown using Siri to make appointments, find restaurants and even learn the guitar chords to classic rock songs or how to tie a tie."

The suit claims that the ads, which depict a terrible nightmare-future in which every other person is a smug gremlin barking inane questions at a shiny rectangle, overstate Siri's ability to comprehend abstract questions. It also claims the ads fail to mention that Siri can take quite a while to answer queries, and that the service gobbles up data at a phenomenal rate.

So the ads tout the positive aspects of the product and downplay the negative? It seems to me that Mr. Fazio's issue with the Apple ads is that they are, in fact, advertisements. The spots do feature a disclaimer that reads "sequences shortened," and the Apple website states that "Siri is available in Beta only on iPhone 4S and requires internet access. Siri may not be available in all languages or in all areas, and features may vary by area."

Mr. Fazio was also presumably very upset to learn that the people depicted in these adverts are not computers, despite their claims to the contrary, they're merely actors pretending to be computers. For shame, Apple.