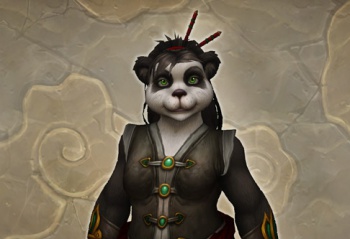 You'll find a few more pictures of these feminine abominations unto nature in the gallery below, but if any of you are inclined toward the sexualization of this sort of thing, please keep it to yourself. We aren't here to judge, but actually I'm lying; we are totally here to judge. Harshly, and with childish giggling.

In typical Blizzard fashion, Mists of Pandaria is scheduled for release "when it's done," though most expect the expansion to hit shelves before the end of 2012.