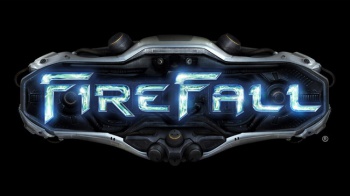 Would you choose to sacrifice your family or 1.2 million people?

We've heard a lot about Firefall over the last year. It's bringing AAA quality gameplay and art assets to free to play. It is a fun shooter in the vein of Tribes with a focus on jetpacks action. But so far Red 5 studios has been pretty tight-lipped on the story framing the MMO. At PAX East 2012, I was shown a cinematic that began to explain exactly what's going on in the future of Firefall and I was surprised at how it effective it was at eliciting emotion.

Humans have crafted the first vessel capable of light speeds with an engine running on an experimental new material and the race has created a massive ship called the Arclight to venture out into space. When the engines fire up for the first time, something goes wrong and the huge ship loses power. Admiral Nostromo knows his vessel will crash and barks at his crew to determine where on Earth the Arclight will crash. When they determine its his hometown of Fortaleza in Brazil, the Admiral comes up with a crazy plan to fire the boosters to hit Rio de Janeiro instead, killing way more people in the urban center. At the last second, he abandons his plan and a mother and young son watch the huge ship crash into their home, likely killing them.

That woman and boy? Those were Admiral Nostromo's family.

I've seen hundreds of game trailers and cinematics in my life. Some have been good enough to make me excited to play the game, while most have left me indifferent. I don't know if it is because of my kid, or because I was still groggy from a lack of sleep, or because I'm a big softy, but this piece from Firefall actually brought me to tears.

The consequences of Nostromo's actions will figure into the story quite a bit. "He's a really important character in the game," said lead designer Scott Youngblood. "You'll see a lot more of him as you progress through the story."

More than the shooting and the resource-mechanics and the pretty graphics, the story makes me interested in playing Firefall.