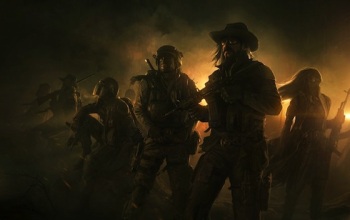 Chris Avellone of Obsidian figures he'll most likely work on area and narrative design now that he's officially on board the Wasteland 2 project.

Back about a half-million dollars ago, Brian Fargo announced that if the already-successful Wasteland 2 Kickstarter hit $2.1 million in funding, Obsidian Entertainment would join in on the development of the post-nuclear RPG. That target was blown out of the water in short order and while the specifics of Obsidian's role has yet to be nailed down, it's good news no matter how you look at it.

"It's up to the goals of the project. Brian's leading the charge on that," he told Rock, Paper, Shotgun. "I'll be the one from Obsidian contributing, and as such, most likely in area/narrative design capacity."

"In addition, we'd be sharing our knowledge of conversation tree mechanics and layouts with InXile to make conversations in the game as good as they can be. We've had a lot of victories over the years that we've incorporated into our designs, and we're eager to share them to make Wasteland 2 even better," he continued. "Furthermore, if there's elements of the tools or other functionality that might help with Wasteland, we'd be looking into those aspects and sharing that knowledge as well."

As a former member of the famed Black Isle Studios, Avellone brings serious design cred to the table, with credits including Planescape: Torment, Knights of the Old Republic 2 and of course Fallout 2, Van Buren [which was intended to be Fallout 3 before the collapse of Interplay] and Fallout: New Vegas, which is what makes his participation especially exciting: The Fallout franchise only exists because Fargo couldn't get the rights to make a Wasteland 2 in the 90s.

"Ultimately, it's still early and we won't know the logistics for a short while longer, but we'll keep folks updated," he added. "Right now, we're definitely on board in a design capacity, which is one of Obsidian's strengths."

The Wasteland 2 Kickstarter is currently parked at a little over $2.2 million with one week left on the clock. At this point it doesn't look like the project will follow the Double Fine Adventure into the magical $3 million territory but just in case, Fargo recently said that $2.5 million in funding will allow the addition of a couple more designers to the project, resulting in a bigger, deeper world with more storylines and options, while $3 million would make it "possible to do a mod kit without cutting into the plan for the main game."