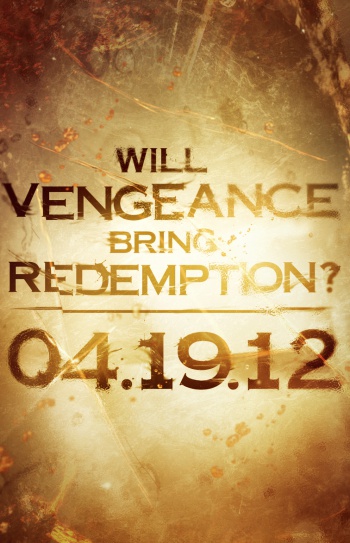 A mysterious image and date may herald the return of Kratos.

Sony has posted a giant image to its official Facebook page that boldly asks, "Will vengeance bring redemption?" Directly beneath, is a date: 04.19.12, presumably when the community will receive something a bit more detailed than an oversized banner that looks like someone spilled coffee on your telescope while you were busy staring into the sun.

The words themselves don't intrinsically point toward everyone's favorite pugnacious Spartan deity, but an examination of the full URL seems to proffer a slight clue at what may follow. The center chunk of Sony's image is hosted here and, as those of you who were always finding Waldo faster than your friends may have already noticed, the back half of the lengthy URL contains the following evidence: "gowa_fb." "God of War Announcement_Facebook," anyone?

If a God of War 4 is to be announced next week, it shouldn't be too shocking. After all, Sony Santa Monica's studio head, John Hight, previously said that God of War 3 was merely the end of a trilogy, not of the series itself. Still, if you're a fan of the franchise, the beginning of a new chapter could be exciting news. Perhaps we'll even see the IP follow a new character or, gasp, format. And let's not forget the smattering of job postings that have pointed at multiplayer inclusion this time around. Either way, it looks like we'll know next Thursday.