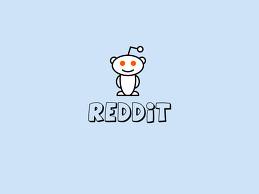 Being a jerk online may now have legal repercussions.

Update: More facts have come to light regarding the story of "Jerry" and his sister who planned to bring a lawsuit against Reddit-users and Jerry's ex-wife for wrongfully encouraging him to commit suicide. A spokesman for the Tukwila Police Department, where a man did in fact kill himself by jumping from a hotel's 8th floor, had this to say about the incident:

The case detective and the victim's family confirm that the victim in the Tukwila Doubletree suicide was not named Jerry. He did not have a sister, an ex-wife, or a daughter. We are not going to release his name until after the case is closed, probably in a few months.

The elaborate hoax cobbled together real facts to tell a compelling but imagined story. The post on Reddit's forum was real, and Black_Visions did make comments about his own death. Around that same time, a man killed himself in Tukwila, and a nameless entity on Reddit decided to link those two events, along with the fabricated story of a pending lawsuit, a cruel ex-wife, and a handicapped daughter. Reddit, or the users involved, took the whole thing seriously enough to delete the offending posts, so the hoax was frighteningly effective.

I'm not sure what the point of such a hoax was, but even if it allowed us to consider our actions on the internet a bit closer and what the possible repercussions would be, then I will call that a win.

Thanks to the many users who pointed out the hoax.

Original Post: If you saw someone about to jump off a building, you might be moved enough to offer help and encouragement to the hapless soul. But when nine Reddit users saw a post by a 51-year-old named Jerry describing his intent to commit suicide, they didn't help, they encouraged him to end it all. Now they, along with Jerry's ex-wife, who allegedly said "fuck off and die already" when notified of his intentions, are named defendants in a wrongful death suit filed by the victim's sister - known only as Sandy.

"Our family has decided to take legal action not only against his ex-wife, but those who urged him on to take his own life," wrote Sandy in a post on Reddit. "Our lawyer will be filing a wrongful death suit in Washington State against nine individuals." All proceeds from the suit - if there are any - will go towards a trust for Jerry's disabled 20-year-old daughter.

The final post from Jerry, posting as black_visions on the subforum on Men's Rights, was called "A lot of trolls tonight ...": "I just wanted to say that, before I check out. This is probably my last post with this account. I just can't see any reason to continue this existence any more. Time to add another notch to the statistics," he wrote a month ago.

Several users doubted that he would follow through with his threat to kill himself with one hoping it was all a "sick joke." This brought Jerry to respond, which he does a few times in the thread. "You know I wasn't planning on posting any more, but this post just pissed me off. No, it's not a sick joke, as soon as I get the right tool for the job I'll happily blow my brains out."

From there, several users allegedly told black_visions to off himself in non-compassionate tones, but all of the offending posts have since been removed. Several Reddit users did offer help and encouragement - in fact, the ratio of helpful users to evil posts seems to overwhelmingly support helping Jerry, but it's hard to judge with so many of the posts deleted. Sadly, none were able to get through to Jerry and he took his own life. On March 13, Jerry fell 8 stories out of a hotel room in Tukwila, Washington, dying instantly.

Many Reddit users have come out to discuss the story. For example, in a post today, the situation was outlined. "One month ago, Reddit user and MRA [Men's Rights Activists] Black_Visions wrote about his impending suicide. SRS [ShitRedditSays] trolls AlyoshaV (now recanted), letsgetwhitey and others egged him on in an ugly display of human indecency," said tad. He ended his brief post with some commentary: "Lesson: Drama has consequences."

What's troubling about this story is not only that the Reddit commentors are being held accountable for trolling, but also that Reddit itself is subpoenaed to report the real names of the users involved in the suit. The community website will likely comply to avoid bad press or potential backlash, but what precedent will that set, especially as we face future SOPA-like legislation? The Powers of the Internet have long resisted the idea that a website can be held accountable for the actions of its users. Would cooperating with this lawsuit revealing the name and location of the offensive users in this case ruin the anonymity that is such a big part of the web experience?

Given that such anonymity allowed these despicable people to encourage a man to commit suicide, does that even matter? Is your right to be a jerk online more important than a man's life? I can't answer any of these questions, but I'll be following this story to find out what happens.

Whether the wrongful death suit brought by Sandy and Jerry's surviving family is successful, this is a terrible tragedy and our thoughts and condolences go out to those affected by it.

Critical Intel: The History And Abuse of The Fedora Robert Rath 52 Comments