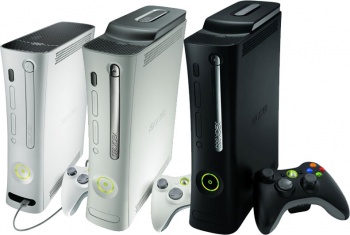 A U.S. International Trade Commission judge has sided with Motorola in a patent dispute over Microsoft's Xbox 360 console.

Motorola has accused Microsoft of infringing upon five of its patents - two of which involved video decoding, two for wi-fi matters, and one patent for a method to facilitate communication between the Xbox and other devices and peripherals. Yesterday, ITC Judge David Shaw ruled that Microsoft is guilty of infringing upon four of the five patents, though he said that one of the wi-fi charges was invalid.

While this certainly isn't good news for Microsoft, it's not quite as catastrophic as it could have been - yet. Shaw's ruling is but the first step in a process; the case and ruling will be reviewed by the six-member commission for final judgment, which is slated to be released in August.

If the ITC sides against Microsoft in full, Motorola would have the ability to block import of Xbox 360 consoles manufactured overseas (which is all of them) unless Microsoft were to reach an out-of-court settlement. Motorola had previously demanded a 2.25% royalty fee on all Xbox 360 revenues; with Microsoft's head in a legal vise it might have the power to demand even more.

Though there are undoubtedly some seriously unhappy phone calls being made this week at Microsoft's HQ in Redmond, the computer giant put a confident face forward in public. "Today's recommendation by the administrative law judge is the first step in the process leading to the commission's final ruling," Microsoft said in a statement.

"We remain confident the commission will ultimately rule in Microsoft's favor in this case and that Motorola will be held to its promise to make its standard-essential patents available on fair and reasonable terms."

Meanwhile, another ITC judge found that Motorola had been guilty of infringement in one of seven patent claims brought against it by Microsoft. The final judgment in that case is set for release in late May, but any effect it might have on the current proceedings - or any potential settlement - is up in the air.