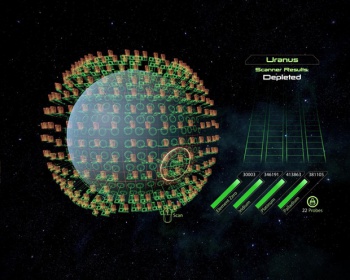 All the drama and excitement of Mass Effect's resource scanning is coming to the real world.

Galactic quantity surveyors rejoice! A Washington-based engineering firm called Planetary Resources has just secured funding to begin developing its nascent range of survey and mining vehicles intended for use on mineral-rich rocks in space. The little fleet of "low-cost, very small spacecraft" will begin life doing nothing more complicated than scanning passing asteroids for minerals, and will later graduate to more complex mining tasks. The vehicles will be available for use by private companies and government agencies alike.

"If you look back historically at what has caused humanity to make its largest investments in exploration and in transportation, it has been going after resources, whether it's the Europeans going after the spice routes or the American settlers looking toward the west for gold, oil, timber or land," said Diamandis in an interview with Reuters.

"Those precious resources caused people to make huge investments in ships and railroads and pipelines," he continued. "Looking to space, everything we hold of value on Earth - metals, minerals, energy, real estate, water - is in near-infinite quantities in space. The opportunity exists to create a company whose mission is to be able to go and basically identify and access some of those resources and ultimately figure out how to make them available where they are needed."

The company, overseen at the moment by the former NASA Mars Mission manager, intends to begin full survey and mining projects on nearby asteroids within the next five to ten years. Interim projects will include developing methods for extracting water from asteroids and depositing it in orbiting fuel depots for use by NASA and others. Could they help with moon-bases? Is the future of space advancement really in the hands of private companies? Moon and Alien say hello...

Science and Tech Features: What Are the Odds of Finding Intelligent Life in Our Galaxy? Rhykker 25 Comments