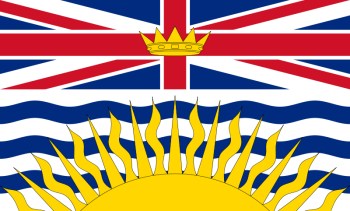 In November 2008, Tamara Fric, who at the time was a law school student at the University of Victoria, was involved in a motor vehicle collision which left her with injuries including "chronic severe headaches, injury and pain to the upper back and neck pain." She claims that she remains in "substantially" the same amount of pain today as she was three years ago, telling a B.C. court that the accident has had a negative impact on her physical, social and academic life and also imposed limits on her "employability."

The defendants in the case, however, believe that Fric's claims are overstated and that post-accident Facebook photos of vacations and participation in the university's social/sports tournament "Law Games" prove that she's not as physically limited as she purports. Fric had 759 photos on Facebook at last check but her profile is set to "private," so only her 890 Facebook friends can see them. Yet while being careful with her privacy settings may protect her from run-of-the-mill Facebook creepers, it's not going to do her much good against the long arm of the law.

Despite her argument that the request for the photos was overly broad and that forcing disclosure would violate her right to privacy as well as that of everyone else on Facebook, the British Columbia Supreme Court ruled that the photos should be disclosed. "Photographs which show the plaintiff engaging in a sporting or physical recreational activity - from hiking to scuba diving to curling to dancing - are relevant in discovering the plaintiff's physical capacity since the accident," said Supreme Court Master Carolyn Bouck. "I do not agree with the plaintiff's submission that such information is only relevant when there is a claim or evidence of total disability."

The specifics of the case are more or less incidental; what's noteworthy is the court's disregard for social network privacy. That's not necessarily surprising - "I set my profile to private" is hardly the most Darrow-esque defense ever - but it should nonetheless serve notice to everyone who posts photos on the internet: Privacy ain't necessarily private.

Video Games Features: Video Games and Your Privacy: Who's Playing Whom? JoeNewman 7 Comments
Comments on