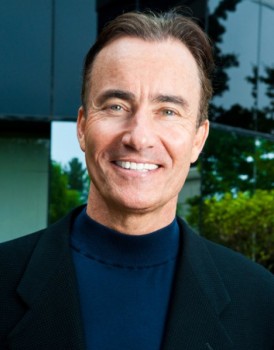 "When Apple launched the iPhone, when Facebook launched their app API, when Android and Google Plus followed suit, you started to see all these offers where 'Hey, if you're a developer, just come to me. You don't need a publisher,'" he told BigWorld Technology.

"I think that honeymoon is ending now because if you have a million apps in an app store, just because your app is in an app store, it doesn't mean it's going to be discovered," he continues. "So you've got issues about how you're going to bring traffic to it."

After leaving Apple back in 1982, Hawkins went on to found Electronic Arts, which you might have heard of. He later left EA to form 3DO, which managed to secrete Escapist editor, Susan Arendt's, "favorite mistake," and an assortment of truly terrible games before finally going under in 2003. Hawkins then formed Digital Chocolate, which is currently busy churning out casual titles for mobile platforms.

I can't say I disagree. Though in theory freedom from the traditional retail model means developers are free to experiment without being beholden to a horde of corporate suits, the reality is that without publishers acting like a barrier to entry, any yahoo with a PC and a handful of cash can produce a game. That sounds wonderful, but the end result is that looking for quality games on platforms like the Apple App Store feels akin to bobbing for apples in an ocean of horse urine.

Hawkins went on to criticize platform holders, claiming they weren't earning their 30% cut of game profits, and that developers may instead have to rely on publishers to handle their advertising.

"I think for developers increasingly, they're going to have to try to then figure out, 'Well how do I get my discovery problem solved?'" he said. "If they can't finance it themselves, then maybe they need to partner a publisher that's good at it."