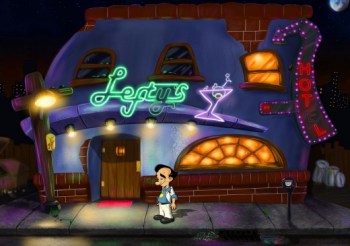 Al Lowe says people offended by Leisure Suit Larry will be quite happy playing something else.

$675,000 seems like a lot of money to warm over a decades-old adventure game but Al Lowe, who's working with Replay Games to bring his classic Leisure Suit Larry back to life, says there's more to the job than first meets the eye. The interface, which was originally keyboard-based, is being converted to make interacting with the game a simpler and more seamless affair, and it will be far more visually detailed, giving players more to see and do and providing the developers an opportunity to slip in more jokes.

The plan at this point is to keep much of the content from the original game but "flesh it out" with more puzzles, locations, voice acting and even another woman to meet and fail to score with. Lowe acknowledged that it's impossible to please everyone, but told Gamaustra that the studio is listening to its supporters. "We had 2500 comments on our Kickstarter page, and 14,000 people have voted with their money, so we are listening to their comments," he said. "They're our publishers now."

And while Larry may seem downright quaint in this era of Grand Theft Auto and Saints Row, he's also a chauvinist, sexist relic of era not too far-removed from the peak of unironic leisure suit appreciation. Lowe doesn't seem too worried about gamers who might take offense at his outmoded attitudes, however. "I think those people will be quite happy playing another game," he said. "And I think people would be very unhappy if we changed to a politically-correct storyline... we have no plans to do that."

The new Leisure Suit Larry was originally targeted for an October 2012 release but Replay said yesterday that because of its big success on Kickstarter, it's more likely to come out sometime in 2013.