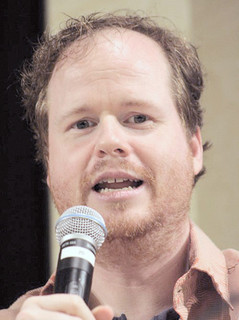 The maker of Firefly and Buffy finally hit it big.

Joss Whedon has been a staple among cult-favorite television for the last decade or so. He wrote and produced Buffy the Vampire Slayer, garnering him a legion of fans despite his tendency to over-write scenes. After seven seasons of Buffy and a spinoff, he entered what many refer to as his "dark period" in which every project turned to dust. There was the great Firefly, which was cancelled before its time, and the botching of Whedon's Alien Resurrection script. Dollhouse (2009) never took off and it seemed Whedon was relegated to producing his own web videos, the greatness of Dr. Horrible notwithstanding. Then he landed a big tentpole movie deal to write and direct Marvel's The Avengers, and we all know how that turned out this weekend.

Today, Whedon posted a letter thanking his fans for their support throughout his entire career and he promises the success won't change him ... much.

"People have told me that this matters, that my life is about to change. I am sure that is true. And change is good - change is exciting. I think - not to jinx it - that I may finally be recognized at Comiccon. Imagine!" Whedon wrote on the fansite Whedonesque.

"What doesn't change is anything that matters. What doesn't change is that I've had the smartest, most loyal, most passionate, most articulate group of - I'm not even gonna say fans. I'm going with "peeps" - that any cult oddity such as my bad self could have dreamt of," he continued. "When almost no one was watching, when people probably should have stopped watching, I've had three constants: my family and friends, my collaborators (often the same), and y'all."

Whedon takes the logical next step to express his gratitude. "So this is me, saying thank you. All of you. You've taken as much guff for loving my work as I have for over-writing it, and you deserve, in this our time of streaming into the main, to crow. To glow. To crow and go 'I told you so', to those Joe Blows not in the know," he said before quipping, "Last time I hire Dr. Seuss to punch my posts up. Yeesh!"

For all of you Browncoats and Whedonites, it certainly feels awesome to see one of our own wear the green Benjamin Franklin-bedecked laurels of a smashing box office bonanza on his orange-colored mantle. Thank you, Mr. Whedon, for fighting through it all to make a great film and secure your place among the top film directors of the land.

Now get your other projects (Much Ado, Dr. Horrible 2) in the can and get cracking on Avengers 2.