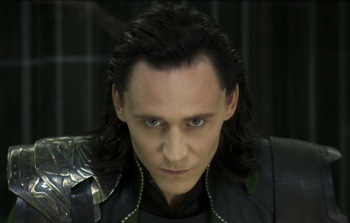 A super showdown would cost NYC twice as much as 9/11.

As much as most of us would love to have superpowers, it's times like this that we should thank our lucky stars that we don't. Flying around vanquishing evil sounds like a pretty good deal until you realize that for every superhero, there must always be an equal but opposite supervillain, like a karmic version of Newton's third law. For example, Loki, Norse god Thor's arch-nemesis, ended up proving a formidable match for the entire Avengers team in last week's mega-blockbuster film. Had Loki's alien invasion of Manhattan happened in real life, the damages would have topped $160 billion, far exceeding those of 9/11, Hurricane Katrina, and even the Tōhoku earthquake and tsunami.

The estimate comes by way of Kinetic Analysis Corporation, a disaster preparation analytics company centered in Silver Spring, MD. By measuring the relative amount of private and public property, vehicular damage, infrastructure collapse (particularly around Grand Central Station), and cleanup costs, the KAC came up with a staggering $60-70 billion figure. However, the real economic impact would be from the productivity costs, price gouging, and expensive litigation over the course of the next few years, which could top $90 billion. Compare this with the $83 billion cost of 9/11, or the $90 billion of Hurricane Katrina.

Worst of all, most insurance policies do not cover alien invasion. This means that the damages could end up classified as acts of war or terrorism, which the U.S. government has granted insurance companies until 2014 to address. While the Chitauri invasion under Loki's direction may count as a literal "Act of God," the KAC believes "that designation would be subject to strenuous theological and legal debate." The responsibility breakdown between clients, insurers, and government agencies would take years to iron out in and of itself.

Then again, this is all a make-believe thought experiment, so maybe it's just as well that the Avengers and their villains are confined to page and screen. Next time, maybe the Avengers could politely talk down whatever cosmic threat is about to engulf Earth - or at least engage it in an open field somewhere.