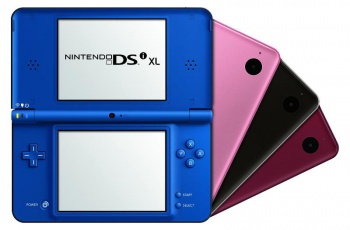 With 150 million units sold, it's difficult to believe that there's a gamer out there that doesn't own a Nintendo DS system. If you have somehow managed to resist the DS's many temptations until this point, you will soon be able to pick up models of the best-selling handhelds for significantly reduced prices.

The reduction widens the price gap between the DS line of handhelds and the more recently released 3DS hardware. The reduction in price positions the DSi as the budget model in Nintendo's DS suite, a position previously occupied by the now discontinued DS Lite. The new price drop also creates the first price difference between the DSi XL and the 3DS since the 3DS dropped in price last year. Both currently retail for $169.99.

The announcement comes just a few weeks after Nintendo reported its first ever full-year loss in 2011.