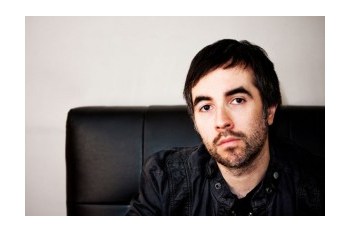 If you're any kind of videogame music aficionado, the name Sam Hulick will be instantly recognizable. He worked with Jack Wall on the soundtracks for the first two Mass Effect games and made solo contributions to Mass Effect 3 and Red Orchestra 2. Now he's turning his considerable talents to a BioWare series of an entirely different sort: Baldur's Gate.

Overhaul Games announced today that Hulick is composing brand-new music for Baldur's Gate: Enhanced Edition, the remake of BioWare's classic D&D RPG franchise. "The music of Baldur's Gate and Baldur's Gate 2 was a huge inspiration for me as a composer who was just venturing forth into the world of writing music for games," Hulick said. "So to be able to travel back in time, so to speak, and score original material for the Baldur's Gate saga is a dream come true for me."

Fortunately, Baldur's Gate purists who think Michael Hoenig's original soundtrack is already perfect have nothing to worry about. "FYI, all of Hoenig's music will remain untouched," Hulick wrote on Twitter. "It would be wrong to mess with it. I'm scoring new content only. Hoenig is inspiration."

I'm a big fan of Hulick's work on the Mass Effect series, but it couldn't possibly be any more different from Hoenig's original soundtrack, so I'm really looking forward to hearing what he does in a more conventional fantasy setting. Baldur's Gate: Enhanced Edition is slated to come out this summer for the PC, Mac and iPad.