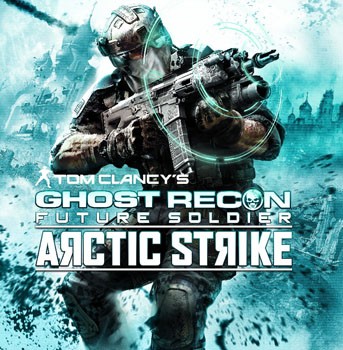 The first DLC for the not-yet-released Ghost Recon: Future Soldier is coming in July.

Ghost Recon: Future Soldier won't be out until May 22, or June 12 if you want to play it on your PC, but the DLC is already in the pipe. The Arctic Strike Map Pack will feature new multiplayer maps, a new multiplayer mode, another "Guerrilla Mode" co-op map and six brand-new weapons. Details are pretty thin at this point, as you may have noticed, but one thing is nailed down: the release date.

The Arctic Strike Map Pack will arrive on July 3, presumably for all platforms, and will sell for 800 Microsoft points or $9.99, depending on what your machine eats. It can also be preordered now from GameStop and Best Buy.

As you might expect, comments on the Ghost Recon site run the gamut from excitement at the prospect of more content to outrage that the company is working on it now, and/or not giving it away freely. It's not day-one DLC, which I suppose is a plus from the "angry" perspective, but is it close enough to count - and, more importantly, will it cause any of you to think twice about picking it up on launch day?