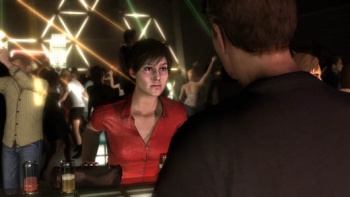 The industry is catering too heavily to kids and teenagers.

2010's Heavy Rain was a unique and enthralling if slightly flawed game, and the experience has yet to be replicated by another game and another developer. Quantic Dream mastermind David Cage wishes that more studios would follow Heavy Rain's lead, at least regarding subject matter.

"Of course, we want many studios to do [interactive dramas like Heavy Rain]," Cage told Develop. "Do it better than us. Do it with your own ideas, your stories, your characters, your style."

Even without other developers following suit, however, Cage maintained that Quantic Dream wouldn't be branching out into more mainstream fare. "I think all I want to do is offer some diversity to the medium. I want to give people the chance to buy something other than ten different first person shooters and RPGs," he said.

"There should be games for all ages, all tastes ... [the] industry is too far balanced towards kids and teenagers. It's too focused on violence."

This isn't the first or even the second time that Cage has called for a revolution in the market. So, you certainly can't fault the guy for being inconsistent. I'm just not seeing how games about serial killers aren't focused on violence.