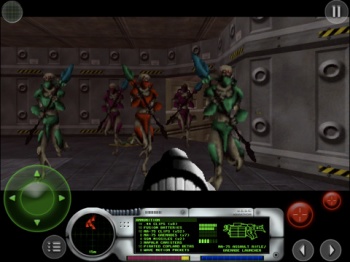 Documents hint at a new shooter and a new Marathon title.

The lawsuit between Activision and former Infinity Ward co-founders Jason West and Vincent Zampella has revealed some fascinating tidbits of information, such as the hilariously named "Operation Icebreaker", in which Activision tried to hack its employees' computers. More recently, the court case revealed the details of a ten-year publishing deal Bungie signed had previously signed with Activision in 2010, detailing the former Halo developer's plans to launch a new game franchise later next year.

The contract calls on Bungie to develop and release four "sci-fantasy, action shooter games" under the code name "Destiny" every other year starting in the fall of 2013. Bungie will also release four downloadable expansion packs, currently carrying the codename of "Comet" every other year beginning in the fall of 2014. The first game will be exclusive to the Xbox 360, but later "Destiny" titles would be made for the next generation of gaming consoles, including the rumored Xbox 720 and PlayStation 4.

On an interesting side note, Bungie may also be working on a successor to their cult classic FPS Marathon, originally published almost two decades ago in 1994. A passage in the Activision/Bungie contract shows that Bungie has the right to devote no more than 5% of its staff to working on an action-shooter prototype codenamed "Marathon" while working with Activision.

You can check out all the juicy details of the contract here.