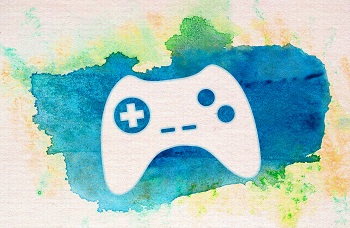 An AZ store demonstrates many ways in which games can be art.

The "games as art" debate has raged for years, and while I'm not usually a betting man, I'd wager good money that it'll last for at least a few years more. Remove the interactivity from games, though, and you're left with some highly attractive pop art. What form should that pop art take? At Bookmans First Annual Controllers and Canvas event in Mesa, Arizona, the popular multimedia store saw no reason to play favorites. From paintings and tattoos to cosplay and cookies, Controllers and Canvas was not quite an art show and not quite a fan meetup, but hopefully represents the first event in a multidisciplinary approach toward games as art, even if the artwork occurs outside of the games themselves.

Bookmans, a self-styled "entertainment exchange" that sells everything from books to musical instruments, hosts a series of gaming challenges in May, but decided that there was no reason why videogames had to be rooted in competition. Annabel Martinez, a local artist, led the charge in gathering together a veritable rogue's gallery of artists, musicians, costumers, and filmmakers to express their love for gaming however they knew best. Between elaborate Mario body art, Assassin's Creed cosplay, a gallery of videogame heroine portraits, a Mass Effect fan film starring Mark Meer (the voice of Commander Shepard), and a performance by The Minibosses, Bookmans provided a pretty good cross-section of gaming culture in a relatively small space.

None of this is out of the ordinary or remarkable on its own, since everything listed above is standard convention behavior for nerds of all stripes - indeed, this event happened with the assistance of Phoenix Comicon. However, this event did not take place in a convention hall or a carefully organized fan meetup. Instead, a commercial enterprise called upon a local gaming population and, with a few incentives, turned an ordinary store into an ambitious but intimate event. There's no reason why Controllers and Canvas has to be an isolated occurrence; what can you and your community do to bring gamers together outside of major conventions? How can your talents help bring the artistry of videogames onto a real-world canvas?

Jimquisition: Videogames Are Not Movies, Get Over It Jimothy Sterling 1020 Comments
Comments on