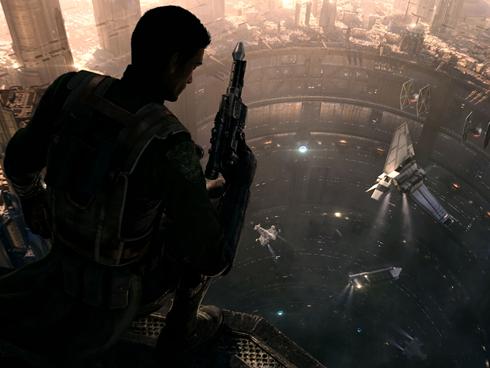 Just last month we spotted a mysterious trademark for Star Wars 1313, leading to lots of speculation over what new project LucasArts would be bringing our way. Eager Star Wars fans didn't have to wait too long as LucasArts has officially announced a brand new third-person shooter titled Star Wars 1313.

Taking a more gritty and mature spin on the franchise, Star Wars 1313 stars a yet unnamed bounty hunter working for a mysterious criminal organization named Level 1313 on Coruscant. Players will have to rely on their wits, gadgets and variety of weapons instead of the Force to hunt down to their targets.

"Star Wars 1313 dives into a part of the Star Wars mythos that we've always known existed, but never had a chance to visit," stated Paul Meegan, president of LucasArts. "We are committed to bringing the best gameplay experience and visual fidelity to life and I truly believe the work we are showcasing at E3 will speak for itself."

Currently, LucasArts has provided no details on what platforms Star Wars 1313 will be available for, and has not announced a release date.