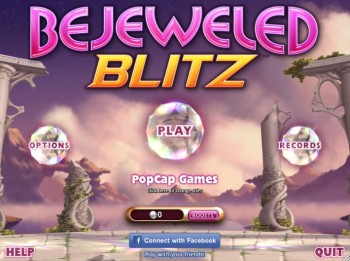 Despite the generous revenue share, EA is stepping away from Google's troubled social network.

You've heard of Google+, right? It's kind of like Facebook, only ... uh. Despite some severely heavy pimpage from its parent company, Google+ simply hasn't caught on with the duck-faced social community. A survey from earlier this year showed that Google+ users spend an average of four minutes a month on the service while Facebook users average around eight hours. It seems unlikely that Google+ will ever catch up, especially now that game producers are starting to abandon ship.

Both EA's latest adopted child, PopCap, and kiddie-game developer, Wooga, have announced that they're ditching the platform in order to focus their creative energies elsewhere. Wooga has already pulled Monster World from the service, while Bubble Island and Diamond Dash are going to be taken behind the shed on July 1st. PopCap will be removing Bejeweled Blitz next Monday.

The irony here, is that by weakening Facebook's competitors, developers are acting against their own best interests. Facebook's immense popularity and unchallenged position in the social gaming market means it can get away with taking a hefty chunk out of game revenue. Facebook takes a 30 percent cut of any revenue generated on its service while Google+ takes only 5 percent. Though EA seems to believe that a 70% cut of something is worth more than a 95% cut of nothing.

Update: The decision was made by the Bejewleled team, rather than PopCap or EA, according to Franchise director, Giordano Contestabile.

"Our decision to pull Bejeweled Biltz from Google+ had nothing to do with EA scaling back on anything," he told IndieSocialGames/. "On the contrary, Bejeweled Blitz has doubled revenue over the last 6 months and we've seen steady revenue growth since the EA acquisition. The Bejeweled team (not the greater PopCap, and certainly not EA) chose to scale back the Google+ offerings because, like most game teams, we want to spend our resources improving games to have the biggest impact on the most customers. Shifting some of our resources from Google+ onto higher-impact efforts was a pretty straightforward decision."