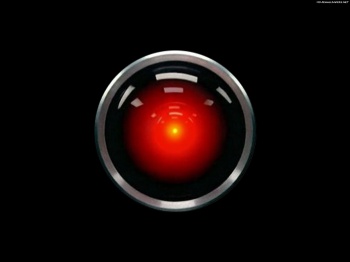 Twice every year, computer scientists help one another compile a list of the Top 500 Supercomputer Sites worldwide. While the list spends most of its time impressing computer engineers (and giving them bragging rights), it has tended to moonlight as an indicator of the technological prowess of the nations that house the best supercomputers. Until 2009, when it was deposed by China, the United States usually found itself listed at or very near the top of the list. Now, three years after the Asian takeover of the Top Ten, an American supercomputer has again been named as the most powerful in the world.

The name of this beast is Sequoia, an IBM supercomputer which lives in U.S. Department of Energy's Lawrence Livermore National Laboratory in California. Sequoia passes the time running simulated detonations of nuclear weapons, an activity that will hopefully allow scientists to extend the effectiveness of ageing American armaments.

Sequoia is, as you'd imagine, seriously powerful. It can handle in one hour the kind of calculations that would take 6.7 billion slack-jawed humans armed with calculators 320 years to complete if they spent every minute working. Scrape your chin off the floor, ape, and think about that for a second. 6.7 billion people, 6.7 billion calculators, no tea breaks, and 320 years. Ouch.

As impressive as Sequoia's performance is, the really cool thing about it is how efficient the machine is. It consumes 7.9 megawatts to feed its 1.57 million processors, compared to the 12.6 megawatts required for the Japanese K Computer, the second-most powerful supercomputer in the world, to power just over 700,000 processors. Despite using much less energy, Sequoia is still 1.55 times faster than the K Computer.

However, Sequoia isn't the most energy efficient supercomputer on the list. That honor goes to Munich's SuperMUC IBM machine, the fourth most powerful in the world, which uses a novel system of microfluidic channels to pump recycled water around its processors. The water picks up heat from the machines before being whisked off to a heat exchanger, generating energy and keeping the place cool at the same time. All in all, the system saves SuperMUC's facility around €1 million ($1.3 million) in power per year.

IBM is also understandably pleased with Sequoia's place in the rankings (in addition to those of the four other IBM machines in the top ten). IBM's vice president of deep computing, David Turek, added that, "Substantial planning went into this. We knew the day would come."

Where next for giant computers, then? What would happen if engineers combined Sequoia's power with more advanced versions of SuperMUC's water-based cooling system? My laptop could use something like that (its nickname is Vesuvius, enflamer of all it touches). Will said new supercomputers be Chinese, Japanese, or American? I wonder how their names will evolve, too. Sequoia, K Computer, Vesuvius, SuperMUC, all perfectly friendly-sounding. Not mean or menacing, certainly not self-aware. Unlike, well, you know...

Gallery of the Day: 8 Reasons To Check Out 1970's Captain America WMDogma 3 Comments
Comments on