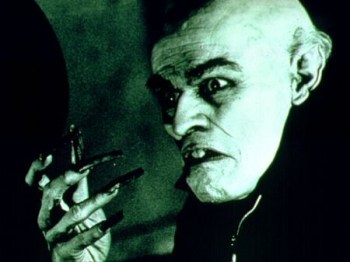 It looks like a Green Goblin-Shadowcat all-star team-up for David Cage's upcoming Beyond.

Willem Dafoe is a pretty cool dude. Versatile, too. He's played a dopehead sergeant in the 'Nam, he's played Jesus, he played Max Schreck, he did that thing with Madonna and the candle, he even grew a pair of extra arms to give added believability to his portrayal of Tars Tarkas. And now, according to the rumor going 'round, he's about to try his luck with videogames.

Dafoe will reportedly be joining Ellen Page, she of X-Men and Juno fame, in Beyond, the new game from Heavy Rain creator David Cage. There's been no official confirmation at this point, so we don't really have much more to add except to point out that the guy who let the rumor slip said he would never do so if his source didn't have "a degree of credibility." So, hey, that's good enough for me.

Assuming he does turn up in Beyond, it won't actually be Dafoe's first foray into the world of games ever, as his voice has previously been used in 007: Everything or Nothing and the 2002 Spider-Man game. Beyond will take it, well, beyond just voice work, of course, as he'll actually "appear" in the game, much like he would in a conventional movie. Could he possibly be the next Boz? It's exciting stuff - stay tuned!