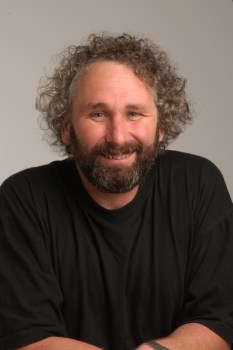 The never-ending back-and-forth about what research into violent media proves or does not prove about its impact on kids can get a little tiresome, but it's worth keeping up with simply because, despite what you may have been told, ignorance is not strength. And if some day consensus is reached and it's determined beyond a doubt that violent media does - or does not - have a long-term detrimental impact on those who consume it, wouldn't you like to be there to participate in the wrap-up discussion with a high, hard, "in your face?" (Try not to be ungracious winners, kids. It reflects poorly on your character.)

Anyway, that moment of accord hasn't arrived yet, but what we do have is another researcher, Dr. Wayne Warburton of Australia's Macquarie University, claiming that years of international study have proven "definite links" between the consumption of violent media and the likelihood of aggressive real-life behavior in kids.

"There are some key impacts of violent media on children that are very well demonstrated in research," Warburton said. "They include increases in the likelihood of aggressive behavior, increases in desensitization to violence and an increase in the overall view that the world is more scary and hostile than it really is."

Warburton, the deputy direction of Macquarie's Children and Families Research Center, said the results of MRI brain scans of kids exposed to violent media were similar to those of kids who'd witnessed real violence, and that kids who played violent videogames were more likely to display aggressive behavior in the real world for up to 15 minutes after they stopped playing.

"Over the long term it's just like eating fatty food," he explained. "One hamburger won't kill you but there is a cumulative effect."

Warburton is the co-author of a new book, Growing Up Fast And Furious: Reviewing The Impacts Of Violent And Sexualized Media On Children, "that aims to cut through the often confusing swirl of information and conflicting advice currently on offer." While there is "considerable consensus among researchers" about the negative short and long-term impact of violent media on kids, Warburton said, the perception of the public remains "persistently undecided."

"Although media is just one of many influences in our children's lives, it is a powerful and pervasive force and it's one that we can do something about, from parenting, to professional practice, to the making of policies and laws," he said. "We hope that by presenting a series of chapters that provide a summary of research evidence to date, readers will be able to judge for themselves."