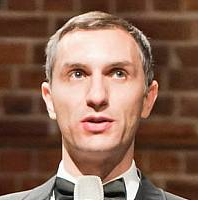 Ben Cousins of nmoco claims that consoles will be killed off within the next decade.

"There's a potential for mobile gaming to kill console gaming," claimed Ben Cousins, general manager of iPhone game maker nmoco, while making a keynote speech at GDC Taipei. "I'm talking about a significant reduction of market share with no chance of return." Cousins thinks that mobile gaming in all its formats will outstrip consoles within ten years, though he also said that in the future "mobile gaming maybe won't be so mobile, and we may need a new definition for them."

He sees the move as part of a global trend. Mobile replaces console, replaces PC browser, becomes the means of choice for connecting to the internet and eventually dominates the global market. "I believe Microsoft, Sony, and Nintendo won't produce dedicated hardware past the next generation," he said, going on to claim that "traditional game companies like EA will be purchased by existing digital companies, or close entirely."

Bold words from a man whose company's business model depends on the iPhone, but he does have some data on his side. Sales of dedicated hardware like mp3 players, point and shoot cameras and TVs are down, and while this can be blamed in part on economic woes, not all of it may be due to global economic concerns. Tablets and phones do pretty much everything an mp3 player used to do, as well as bring TV shows and movies to you wherever you may be.

Whether mobile will do everything Cousins claims is anyone's guess but, although it's easy to make predictions, sometimes even wild-eyed prophets get it right.