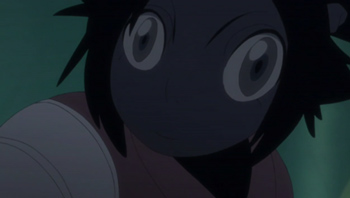 This fall, Viz will be launching a 24-hour anime service called "Neon Alley" on one of the major game consoles. A US$6.99 per month subscription to the service - assuming you live in Canada or the US - will net you uncut, dubbed and HD (where available) anime shows and movies, as well as original content in the form of news and behind-the-scenes footage.

The service will play host to the English dub premieres of Tiger & Bunny, Inuyasha: The Final Act, Zetman, Lagrange - The Flower of Rin-ne and new episodes of endless, shonen punch-festival, Naruto Shippūden. It will also air movies, including Berserk: The Golden Age Arc trilogy.

Brian Ige, Viz's Media Vice President of Animation, described the service as somewhat akin to Hulu Plus - IE: it'll still have ads despite being a subscription service. It'll work like a traditional channel, rather than an on-demand service.

Anime distribution companies have been finding it difficult to monetize the content they license, despite an eruption of western interest in the medium over the past two decades. Exceptionally high product costs coupled with slow releases, have given rise to a massive, fan-driven translation community - a community anime distributors are now having to compete against.

Hopefully this new service, alongside streaming services such as Crunchyroll, will provide a happy medium for anime fans who don't want to pirate shows or pay $40 per DVD.