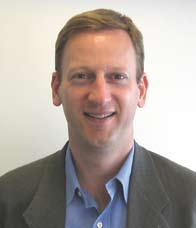 Nintendo is finally getting into the digital marketplace in a big way. With promises of free access to the Nintendo Network and rumors of incentives for digital publishers, Nintendo clearly wants to leave its own mark on the digital landscape. Despite these efforts, the initiative remains a risky move with no guarantees, especially considering that this would mark the first time Nintendo has stepped outside its traditional retail model. To assist these efforts, Nintendo announced the creation of a new "senior vice president of Network Business" position and hired former Disney Interactive VP Duncan Orrell-Jones to fill it.

Orrell-Jones has been a senior VP with Disney Interactive Media Group for an impressive 19 years, where "he was responsible for identifying opportunities to expand Disney's games business outside North America across a variety of platforms." Before that, he served as general manager for the organization's Tokyo office, where he led a 140-person team on supporting various digital properties on multiple platforms.

Orrell-Jones's background makes him a perfect choice for Nintendo as it enters unfamiliar digital territory. Nintendo is clearly taking big steps in catching up to Microsoft and Sony, but we'll have to wait until the release of the Wii U to see how it all plays out.