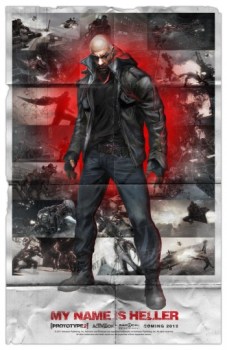 Despite the demise of Radical Entertainment, PC gamers will still get their dose of the Blacklight virus.

Yesterdays news of the unfortunate, effective demise of Prototype studio Radical Entertainment led to much wailing and gnashing of teeth over the dysfunctional state of the industry and the casual cruelty of Activision, and of course plenty of best wishes for everyone at the studio affected by the cuts. What remained unspoken, however, presumably because nobody wanted to be "that guy," were questions about the fate of the PC version of Prototype 2, which isn't (or wasn't) slated to come out until July 24. Will it still ship on time - or at all?

It will indeed. "For PC gamers, rest assured that the PC version of Prototype 2 is still going to launch on July 24th as planned," the studio wrote on its Facebook page. "And a special 'thanks' to the Prototype Army and all our extremely loyal and passionate fans for supporting Radical Entertainment. We couldn't have come this far without you."

I'm not entirely sure if a "we couldn't have done it without you" under these circumstances is sad or viciously ironic, although I'm strongly inclined to think it's the former. Radical had a long and storied history stretching all the way back to 1991, during which time it developed games for publishers including Microsoft, THQ, Vivendi and Fox, and while it's sad that the studio's been gutted, it's nice to see it going out with its head held high.