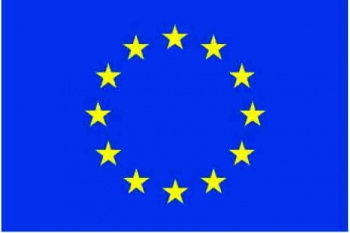 The European Parliament has voted overwhelmingly against the Anti-Counterfeiting Trade Agreement.

As expected, the European Parliament has given the thumbs-down to the Anti-Counterfeiting Trade Agreement, better known as ACTA, an international treaty intended to standardize and protect intellectual property rights. But opponents fear it will lead to censorship and a stifling of innovation, and have undertaken a widespread and determined campaign to shoot it down. More than 30,000 Europeans turned out to protest ACTA in February, a remarkably vociferous response to a proposed international trade agreement.

The E.U. Trade Commission had already voted 19-2 against the bill, and while that vote had no binding power, the likelihood that the European Parliament would go against the Trade Commission's recommendation was considered extremely unlikely. It did not, and in fact the Parliamentary vote was similarly lopsided, with 478 voting against it and only 39 voting in favor. There were also 165 abstentions.

Scottish MEP David Martin, who reported to the European Parliament on the proposal, said that although he was "very pleased that Parliament has followed my recommendation to reject ACTA," the E.U. still needs to find workable ways to protect IP rights, while E.U. Trade Commissioner Karl De Gucht suggested that there might yet be life left in the bill.

Many nations, including the U.S., Canada, Australia, Japan and 22 E.U. member states, have already signed ACTA, although it has yet to be ratified anywhere. But the widespread opposition to the proposed treaty led the European Commission to suspend the ratification process while it sought the opinion of the European Court of Justice, and several European nations ultimately chose not to support it.

Critical Miss: On Mules and Asses The Wooster 80 Comments