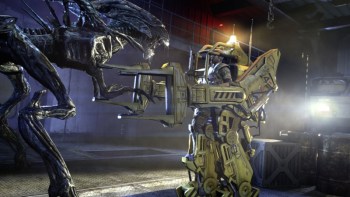 The absence of playable females in Aliens: Colonial Marines has at least one gamer very unhappy.

Vasquez, Ferro and Dietrich were all state of the badass art in the 1986 flick Aliens, my favorite of the Alien franchise, but you won't be able to play anyone quite like them in the upcoming Aliens: Colonial Marines. Gearbox has apparently decided to make all playable characters exclusively male, and that just doesn't sit right with a gamer by the name of Melissa K. So she did what people do when they're aggrieved on the internet: she started a petition.

"While we fully support Gearbox, we would like to request the inclusion of playable females. The Aliens franchise is dominated by strong females such as Ripley, Vasquez, Ferro, Dietrich and most importantly, The Queen," the petition says. "There is roughly 5-6 months before the game goes Gold and releases February 12th, 2013. We believe Aliens is the perfect starting point for developers to start including playable females in more multiplayer shooters."

"There are many females that enjoy playing video games and are fans of the films who are tired of playing as a male all the time," it continues. "Let's let Gearbox Software see how important this is to the Aliens franchise."

I'm not generally a fan of making demands of game developers (or of internet petitions, for that matter) but if the plan is to make customizable characters for online play, then why not include women too? It seems like kind of a no-brainer given the subject material, and it actually has me wondering if maybe there was a misunderstanding somewhere along the line. After all, if females were rocking smartguns and driving dropships 25 years ago, why would Gearbox exclude them now?

The petition is already well over its goal of 1000 signatures, but if you want to add your voice to the choir of people who only need to know one thing, you may do so at ipetitions.com.