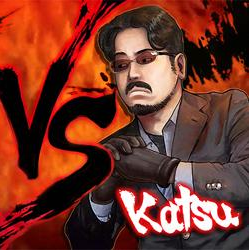 The core Tekken experience will remain free to all players.

Katsuhiro Harada, the lead producer of the Tekken franchise, has stated that he would strongly consider leaving Namco Bandai rather than adding characters as paid DLC.

Central to Harada's design philosophy is the idea that everything core to the Tekken Tag Tournament 2 experience should be available for free. "Regarding techniques, characters and stages," he told Eurogamer, "these three things won't be charged for, even if they are DLC." Even characters available as pre-order bonuses will be opened up as free DLC a couple of months after the release of the game. For this reason, he says, some amount of on-disc DLC will be present for technical reasons, so that players who have unlocked certain characters can easily play against those who haven't. He feels, though, that this shouldn't be an issue as all the content will become freely available anyway.

This stance against paid content puts Harada at odds with publishers, who he says continually ask him how they can make more money out of the series. The solution, in his eyes, is to have payable cosmetic features. For instance, fan demand for retro soundtracks and old ending cutscenes has been high, and Harada says that these would be items he'd be willing to offer for sale. He is unwavering in his resolve when it comes to characters, though, saying that "If I was given the choice to include paid DLC or quit Namco, I would maybe quit... Or maybe I would just say 'get someone else to deal with this.'"

In an industry where more and more content is being set aside to be sold as add-ons at a later date, it's refreshing to see a producer so staunchly defending the integrity of his game's core mechanics, especially in a genre where having all players on a level field is so key.

Gallery of the Day: 8 of the Most Ridiculous Mortal Kombat Fatalities ffronw 9 Comments