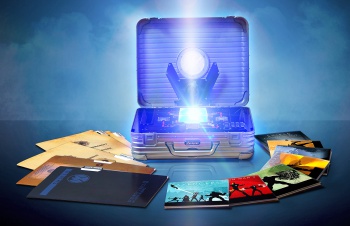 For convenience, these Avengers are already assembled.

The buzz from the excellent Avengers adaptation has died down in the face of an impending bat, but Marvel Studios doesn't want you to forget. Hey, we already had a blockbuster! And you guys were really excited about that whole movie/comics continuity thing, remember? Well, in order to keep you satiated with all things Avengers, Disney and Marvel announced obnoxiously named collectors: "Marvel Cinematic Universe: Phase One - Avengers Assembled". That's right, you can get all six movies in Blu-Ray - The Avengers, Captain America: The First Avenger, Thor, Iron Man Iron Man 2 and The Incredible Hulk - with a glowing Tessaract prop contained in a replica of Nick Fury's briefcase.

The packaging is meant to mimic the S.H.I.E.L.D. chief's dossier, including file folders on each of the Avengers. Even the press release copy stays in character: "Now that you possess the highest level of security clearance, you have been granted access to S.H.I.E.L.D.'s most confidential files, including a top-secret bonus disc filled never before seen, classified information." The collection will be on shelves September 25th, 2012, but you can pre-order it now.

Sounds great, take my money, please. Wait, how much? Well, that's where it gets dicey. This nifty piece of superhero memorabilia costs a whopping $219.00.

Amazon to the rescue! They have the fancy briefcase on sale for a mere $152. That's like 25 bucks per Avenger. You can't go wrong with that kind of a rate on superheroes. I don't think I can type for the rest of the day as my keyboard will soon malfunction from the amount of drool coming out of my mouth.

Let's look at this thing even bigger: 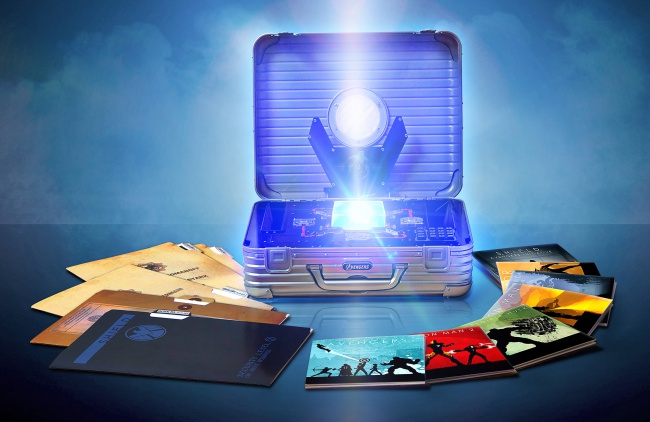 Yep, a waterfall of drool.