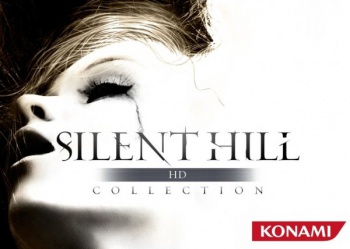 Silent Hill HD Collection, which collects installments two and three of Konami's venerable horror series, is a complete mess by most accounts. The PS2-era games run poorly despite the stronger hardware, and their visuals are marred by rendering bugs and issues with the series' trademark fog. Fortunately, Konami has released a patch for the PS3 version, which apparently fixes the frame rate, voice-synchronization and fog density issues, as well as the numerous sound bugs. The patch was promised to arrive "in the coming weeks" back in April. There's no news on if or when the 360 version of the collection will be patched.

According to Senior Associate Producer, Tomm Hulett, a number of the collection's numerous bugs and quirks can be put down to the fact the development team was working with unfinished code. Konami had, apparently, forgotten to save finished copies of the games, forcing the developers to spend months fixing bugs that hadn't been present in the original retail versions.

The damage may be already done, however. Aside from generating cash, ostensibly the point of these HD remakes is to spruce up titles limited by the technology of their time. If the HD ports manage to be both worse and more expensive than their still available original counterparts, what's the point?

Escapist Editorials: A Bug By Any Other Name Susan Arendt 90 Comments