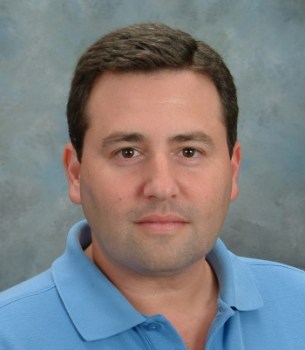 "Crunch," that magical time in the game development cycle when employees work 14 hours a day or more, six or seven days a week for weeks or even months on end, is kind of a thorny issue in the videogame industry. On the one hand, it's pretty much universally regarded as bad; bad for health, bad for relationships, bad for sanity. But on the other hand, just about everyone does it. And according to Mark Rein of Epic Games, that's because developers, at least the ones who really believe in what they're doing, don't actually mind.

"I'm sure we crunch just like everyone else," he said at the recent Develop in Brighton conference. "But passionate people will want to ship the best product they can. We've been successful at managing our resources, both financial and human."

"We just went through a lawsuit, and when you see how hard the lawyers work, they crunch harder than many developers," he continued. "My dad was a doctor, and he put in more hours than most developers. Firemen and policemen work just as hard, but they just don't have blogs writing about it."

Miles Jacobsen, managing director of Football Manager developer Sports Interactive, added that people who want to work at studios that make great games should know going in that extra work will be called for, but generally won't complain as long as the heads of the studio are working just as hard. And although most workers at both Epic and Sports Interactive don't get overtime pay for crunch, Rein said Epic employees are "well paid in bonuses."

"The difference between companies like Epic, Valve and Sports Interactive is that we really do share the wealth," he said. "It's not like you're just working super hard for someone else to go home and have a swimming pool."

Things may very well be sunshine and lollipops at Epic and Sports Interactive, but based on what little I know about the industry I'd say that makes them the exception, not the rule. And one of the biggest problems facing the industry is that there really are no rules; one studio may ensure that all employees are properly paid for any and all overtime worked - or, even better, manage their resources so that full-on crunch never becomes an issue - while others reward their workers with sweeping layoff notices mere days after, or even before, a game launches. As long as that remains the case, suggesting that people with an aversion to crunch somehow lack "passion" for what they do is disingenuous at best.