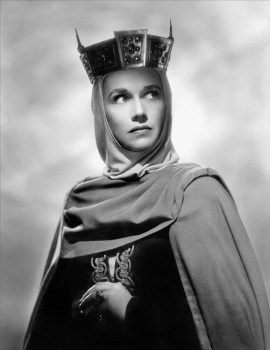 Scientists in Luxembourg have determined that violent videogames can have a statistically significant impact on the gift-shopping habits of inexperienced gamers.

If you were paying any attention at all in high school, you might remember that Macbeth's wife pushed him into some bad business but didn't have the stones to deal with the fallout. "Out, damned spot! Out, I say!" she said. "One: two: why, then, 'tis time to do't. Hell is murky! Fie, my lord, fie! A soldier, and afeard? What need we fear who knows it, when none can call our power to account? Yet who would have thought the old man to have had so much blood in him?"

From that, we get the "Macbeth effect," a description of a tendency to self-cleanse after committing a shameful act. The effect has been documented in previous experiments, such as the 2006 study "Washing Away Your Sins: Threatened Morality and Physical Cleansing," and has also now been recorded in gamers, specifically those inexperienced with violent videogames.

A recent study conducted by the University of Luxembourg had 76 people play violent videogames for 15 minutes, after which they were told to select gift items for others. Those who were "inexperienced" with violent games were more likely to select "hygienic products" like shower gel, deodorant and toothpaste than those who played violent games on a regular basis.

"The need to cleanse to keep moral purity intact, the 'Macbeth effect,' is a psychological phenomenon in which a person attempts to purify oneself in order to cope with feelings of moral distress," said lead researcher Dr. Andre Melzer. "We find that the Macbeth effect can result from playing violent videogames, especially when the game involves violence against humans." Experienced gamers, he added, use "different strategies" to cope with in-game violence.

I'm not entirely clear on what exactly this study proves, except perhaps that you shouldn't send a n00b to do a l33t's Christmas shopping, but people smarter than I assure me that this is in fact a legitimate method of conducting research into the impact of external stimuli on human behavior. Melzer will present his findings at the 2012 World Meeting of the International Society for Research on Aggression and publish his results in the Journal of Experimental Social Psychology. He also intends to conduct future studies "aimed at bridging moral psychology and the effects of violent media" to help "reveal how the long term exposure to violent media negatively affects attitudes towards aggression."