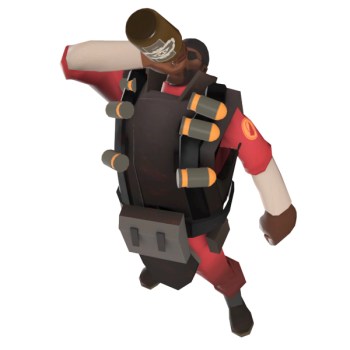 Fingers are being pointed at the "gaming community" for a pipe bomb attack on a family of five.

Three men have been arrested following an attack on a home belonging to Jeanne Bezarra of Monroe, New Jersey. The incident began when a pipe bomb was "launched" into Bezerra's teenage daughter's room, followed by a second bomb that came through the window of her own bedroom.

"So we hid in the closet because then we heard another explosion," Bezerra told CBS New York. "While we were on the phone with 911 the fire alarms went off and the emergency person was telling us to leave the house, but we said we think we're under attack, and we're afraid if we leave the house we are going to get shot."

A third bomb was launched at the house as the police arrived. Three suspects, Michael and Jonathan Cavallo and Matt Debski, were arrested and now face 21 charges; eight unexploded pipe bombs were also recovered. It's an unfortunate and obviously rather bizarre story, but our interest comes not from the attack itself, but from the alleged connection between it and the "gaming community."

What community is being talking about, whether it's a wigged-out World of Warcraft guild, people who take Call of Duty a little too seriously or just all them crazy videogamers in general, isn't made clear, but the family - and, by extension, CBS - believe "the attacks may be related to their oldest son's involvement in a videogame community." The basis for the belief is similarly unclear.

If there is anything to the idea that videogames were somehow involved, it will come out once the matter goes to court; in the meantime, we've also reached out to the Monroe Township Police Department for clarification and will update if and when we can.