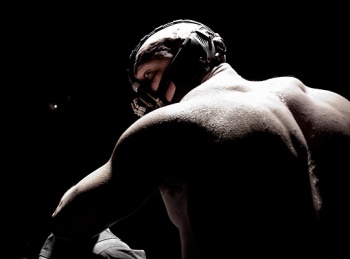 A 24-year-old accused gunman is in custody.

The excitement of a crowd waiting to see the finale to Christopher Nolan's Batman trilogy turned to terror last night as a masked gunman tossed a tear gas container and opened fire inside a crowded theater in the city of Aurora in Denver, Colorado.

By the end of his rampage, 10 people had been killed on the spot, and 50 more would be taken to hospitals all around the Denver area to be treated for injuries, including chemical exposure from the tear gas. Two of those injured would later die from their wounds. The casualties included a four-month old baby who was released after being treated.

Police apprehended a local man armed with a rifle, handgun and knife in a nearby parking lot, and have identified the accused gunman as 24-year-old James Holmes, though no motive has yet been identified.

"The shooting apparently went on for some time," said police chief Dan Oates. The gunman attacked in the middle of an action scene in the movie, leaving witnesses confused about whether or not this was a promotional event for the film before fearing for their lives. One witness said that a shooter bearing a riot helmet and bulletproof vest had been "slowly making his way up the stairs and just firing - picking random people."

US President Barack Obama released a statement saying that he and First Lady Michelle Obama were "shocked and saddened by the horrific and tragic shooting. "As we do when confronted by moments of darkness and challenge," he added, "we must now come together as one American family."

The planned red-carpet premiere of Nolan's film in Paris has been understandably canceled at this time. Our thoughts are with the victims of those effected by this tragedy and their families.