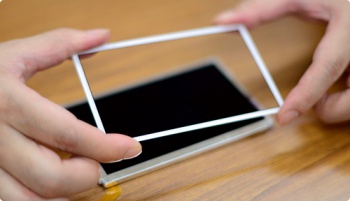 Nintendo's engineers claim that only players with "incredible eyesight" will notice resolution issues on larger screens.

When Nintendo first announced the 3DS XL last month, many feared that making the screen 90% larger while keeping the same resolution could adversely affect picture quality. Now, the company hopes to allay these concerns with some detailed insight into the design process behind the device.

In a recent "Iwata Asks" interview, Nintendo President Satoru Iwata questioned a group from the company's Research and Engineering team. The leading focus of the interview was, naturally, the larger screens and their impact on the design and functionality of the console. Shoya Tanaka, part of the 3DS XL's Project Management Group, said that the increased parallax offered by the larger top screen means that it can display 3D graphics with "greater impact" than the smaller 3DS. When Iwata asked whether customers would notice any extra blur or pixelation, Takashi Murakami from the Mechanical Design Group replied, "For normal play, I don't think anyone will be able to sense anything awkward." He did, however, note a very slight degradation, saying, "I have incredible eyesight, so if you look at it with eyes like mine, you can tell." Iwata mentioned that when he tried the console, the pixelation was much less apparent than with the DSi XL.

Murakami also talked about the new anti-reflection coating on the 3DS XL's screens. The amount of glare from the screens has been reduced by 75% compared to the 3DS thanks to, as Murakami puts it, "the progress of technology." Anti-glare screens have been a hot topic for Nintendo ever since the Game Boy Advance, but the company has always had to abandon such technology due to prohibitively high costs, Iwata pointed out. The comparatively low price of the new technology means that Nintendo can incorporate it into the new console, meaning that the screens are less reflective than on any other Nintendo handheld.

The Nintendo 3DS XL hits stores in the USA on August 19, and in Europe and Japan on July 28.