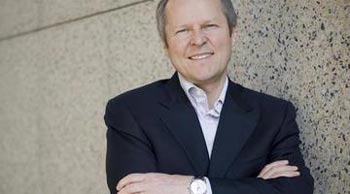 While Nintendo is venturing boldly forth into what is technically the next generation of consoles, Sony and Microsoft are still banking on the longevity of their current products. A few industry voices are growing impatient, including Ubisoft CEO and John Lithgow look-alike, Yves Guillemot.

"We have been penalized by the lack of new consoles on the market," he told Gamasutra. "I understand the manufacturers don't want them too often because it's expensive, but it's important for the entire industry to have new consoles because it helps creativity."

Guillemot rightly points out that new IPs tend to perform better when released earlier in a console's lifespan. He's previously claimed that Ubisoft is always keen to support new tech in its infancy, in order to test the market and produce "trendsetter" titles.

"Our customers are very open to new things," he said. "Our customers are reopening their minds -- and they are really going after what's best. ... At the end of a console generation, they want new stuff, but they don't buy new stuff as much. They know their friends will play Call of Duty or Assassin's Creed so they go for that. So the end of a cycle is very difficult."

He also had a few kind words for the Wii U, for which Ubisoft is currently developing an original IP called ZombiU.

"I think they've created something good, if the customer uses everything they have created, I think we can see a good success with that machine," he said. "That type of collaboration can be fun and also challenging at the same time. It's something has never been done before. ... Those guys are taking lots of risks with the games they create -- and they're extremely successful."