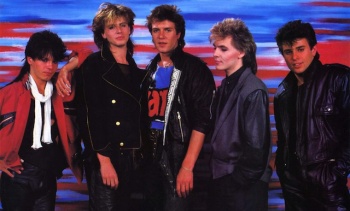 Modern pop is too loud and it all sounds the same.

Examining a set of pop music from 1955 (that's 5 years before the Beatles were formed in Liverpool, for context) until 2010, a group of researchers in Spain fed the songs into a sophisticated computer algorithm and concluded that musically, tunes have grown increasingly bland over the years.

"We found evidence of a progressive homogenization of the musical discourse," team lead and artificial intelligence specialist Joan Serra at the Spanish National Research Council told Reuters. In particular, we obtained numerical indicators that the diversity of transitions between note combinations - roughly speaking chords plus melodies - has consistently diminished in the last 50 years."

Not only have the chords and melodies grown simpler and less unique, but Serra's team discovered that there are fewer timbres in play these days, too. The timbre of a given pitch is, to put it simply, how it sounds - you can play the same Middle C on a piano, saxophone, theremin or sitar and it will sound differently on all of them; that is the note's timbre. According to Serra, the timbre palette is poorer now than it has ever been, meaning that there simply aren't as many different sounds in pop music as there used to be.

Your grumpy neighbor yelling at the kids to turn down their loud devil music might have a point, too. Serra's team found that the intrinsic loudness of songs - that is, how loud or soft a song sounds when the speakers are set to the same output - has increased over the years. According to Serra, this is the first concrete proof of the so-called "loudness war" in which record labels keep escalating the volume at which they set their music.

So yes, modern pop music is too loud, and it does all sound the same. Now get off my lawn.