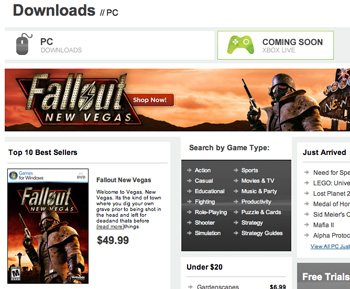 The massive growth of digital distribution brought two facts into sharp focus: The way we access games has completely changed, and it's absolutely terrifying to traditional publishers and retailers. When a game developer can self-publish their game online, keep their intellectual property, and take a larger cut of game sales, it forces the question of whether publishers are relevant at all. This question was front and center at a Casual Connect panel last week, where various publishers, including casual newcomer Sony, were giving suggestions on how developers could approach them to greenlight projects. During the Q&A, Finish industry veteran Jussi Laakkonen angrily took the microphone to state that the panelists weren't doing enough to represent developers and games in today's gaming marketplace.

"This is going to be a very long question, so you guys take a deep breath," Laakkonen said. "All you're describing here is how someone comes in and asks you to open your wallet. That does not happen anymore. That is the reality we are all living. A game is an idea. It is data driven. It needs a partnership that goes well beyond a publication date. This panel should be telling me about the new world of publishing ... My question to you is: What is publishing 2.0, and how do you make it happen?"

To its credit, the panel acknowledged that the industry has undergone a huge change that will require everyone to adapt in turn. Sony vice president of developer relations Adam Boyes noted that publishers are still figuring out the details, but traditional publishing models are falling behind. "This requires constant communication between developers and publishers," Boyes said. "You're absolutely right. The world is changing. If you don't change, you'll get left behind."

The current trend for publishers is to align themselves with mobile games, possibly because they are similar to consoles thanks to their platform-specific natures. Both Activision and Ngmoco have both expressed interest in publishing mobile games, while Zynga has stated that it would like to use its resources to publish third-party games digitally, but for obvious reasons this prospect is less lucrative than it was a week ago.

It seems to me that publishers aren't facing their extinction as much as they are increased competition from new digital markets. Most retailers are still doing surprisingly well given the circumstances, but it's incredibly easy for developers to take on the dual role of publisher these days. If publishers wish to attract a new generation of developers, the onus is on them to forge a positive working relationship with them that avoids the pitfalls of the previous generation. Simply putting Angry Birds on consoles may not be enough.