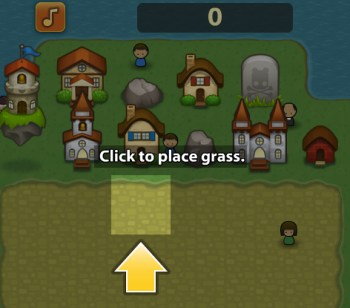 Executives at EA say the future is "freemium" and suggest that the pricing model could even make its way to console games.

If you play games on your mobile then you're almost certainly familiar with the term "freemium." It describes games that are free to download and play, but that charge for certain advanced aspects or functionality like new levels, better weapons and the general sort of miscellanea that makes games a little more interesting for those who do pay them than for those who do not. The concept has been around in one form or another for ages, the "shareware" model made famous by Doom perhaps the best known early example, but the relatively recent explosion of mobile gaming has taken the concept to unprecedented levels of prominence.

And according to EA Interactive Senior Vice President Nick Earl, the best is yet to come. "The future is not about one-time payments, the future is about freemium. A decent number of people convert to paying and they may not pay a lot but most of them actually pay more than you'd think," Earl told MCV. "I don't know if freemium gets to console but I do know that humans like free stuff. I also know humans who will pay for something if they've tried it out and they like it."

"I've wondered if freemium expands beyond the tablet, Facebook and smartphones, and out into consoles?" he added. "I don't think it's impossible for that to happen."

BioWare Mythic studio head Eugene Evans compared the freemium model to videogame rentals, which allowed players to try games without having to pay full price for them. He acknowledged that the system probably put a few studios out of business but said that from a personal perspective, he thought it was great. He also said freemium "democratizes the price of gaming," because "consumers can now vote with their wallet."

Robert Nashak, the executive vice president of digital entertainment and games at BBC Worldwide, took that sentiment even further, saying that because people get a chance to try games before they fork over their cash, the freemium model has a direct and positive influence on the quality of games. "The freemium model really favours quality games because everyone gets to try before they buy and I think it's going to lead overall to better quality, because if you're not hooking people in you can't monetize," he said. "I think freemium changes the landscape and raises the quality bar in a good way."

I'm not sure I'm comfortable with the apparent equation of "better quality" with "ease of monetization." I've played a lot of freemium games of various sorts, and while many brought some impressively habit-forming hooks to bear, very few of them are actually what I'd consider good. "Good," like freemium, is a bit of a vaguely defined term, but I'm unconvinced that what's good for EA Interactive is necessarily good for games.